18. THE STOIC TRUCKER WITH A HEART OF GOLD 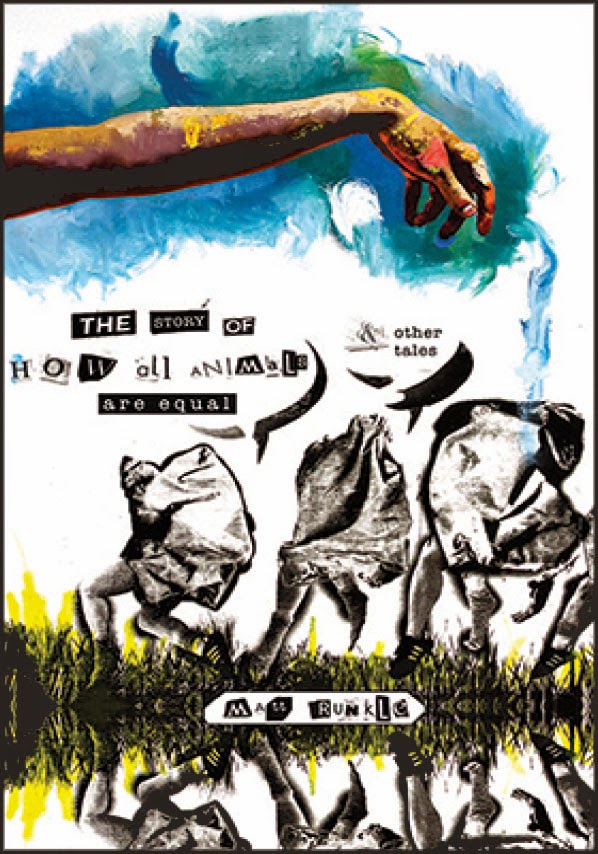 The inspiration for ‘The Stoic Trucker with a Heart of Gold’ came from an experience I had when I was hitchhiking. I was riding with a trucker, who was both mellow and entertaining—the stories he told me really strained towards another dimension. What he related on that ride really formed this story's protagonist’s hyperbolically scripted backstory:

Some time in the near future, the world is suffering from an increased rate of seismic disasters. Volcanoes and earthquakes are ripping apart continents and making them pretty much uninhabitable. This is really hard for Chuck, an antiheroic trucker, constantly having to swerve to miss pools of lava. Half his runs are stopped short by missing chunks of freeway. One day he decides to do a little research, spends a couple nights in the icy light of the Internet, and comes to a startling conclusion.

The world’s seeming illness is in reaction to an over-extraction of oil. The world leaders know this, and through an ominous concoction of motives, are bent on destroying the planet. The presidents of every nation and the heads of every megacorporation are building a luxury pod just outside the earth’s orbit, where they plan to escape, leaving the general populace to be crushed between the restless tectonic plates.Heavy shit, but Chuck doesn’t waste a second wringing his hands. He has a vision, a plan to end America’s dependence on oil by constructing a new method of cross-country transport: a network of canals that rely on nothing but water and gravity to float goods long distances. Against all odds.

The trucker told me he was heir to thousands of acres of Nebraskan farmland, and that he was getting ready to settle there to plan the network’s nexus. I included these details in the story, but gave it all a twist: because the trucker’s tale veered slightly toward a Hollywood narrative (albeit with a more left-wing slant), I decided to make the whole situation unfold on a sound stage. The protagonist trucker would be a career character actor who is miraculously granted a lead role. The supporting cast of this venture all has similar histories, and from reading the script, Chuck the stoic trucker knows this:

A tech-savvy starlet, he remembered (he anticipated, actually). A good-natured black man whom the script disclosed dies halfway through the journey. A handsome doctor who turns out to be working for the builders of the pod. A prophetic homeless woman …

I’m pretty enamored with character actors, who tend to be the most likable presences on screen (Angie Jo excepted). I’ve even daydreamed about trying to break into the business myself, once I'm old enough where weirdness starts counting more than looks. The documentary, That Guy .. Who Was In That Thing, understands—watch it here.


And go to Brooklyn Arts Press to order my new book, The Story of How All Animals Are Equal & Other Tales. It includes ‘The Stoic Trucker with a Heart of Gold’, and if you’re one of the first 50 who order it, you’ll get a free broadside adaptation of a story from the collection. Order it HERE!
Posted by Matt Runkle at 9:00 AM

Email ThisBlogThis!Share to TwitterShare to FacebookShare to Pinterest
Labels: Brooklyn Arts Press, character actors, peak oil, That Guy ... Who Was In that Thing, The Stoic Trucker With a Heart of Gold, The Story of How All Animals Are Equal & Other Tales, typecasting