I just finished creating a web page for my new artist's book, Catholics:


It includes a complete description of the project, as well a GIF of the book's transmutative sequence featuring a shifting frame I composed from metal type.

Posted by Matt Runkle at 1:25 PM No comments:

Central to my new artist's book, Catholics, are its eulogiae, three portfolios that rely heavily on collage.

According to Colleen McDannell in Material Christianity, sixth-century pilgrims to sacred sites in Europe carried away tiny clay or glass ampullae that contained traces of dirt, oil, or water found at the visited shrine. Diagrammatic images of the location were also rendered on the exteriors of these souvenirs, called eulogiae. Each eulogia in Catholics attempts to conjure remembered space in a similar way: handwritten text and collaged images function as both architecture and performance.

In ‘Boys Town,’ the first eulogia, I attempt to create a papist Pleasure Island by contrasting stories of childhood sugar highs with events that reflect Church misogyny and violence. 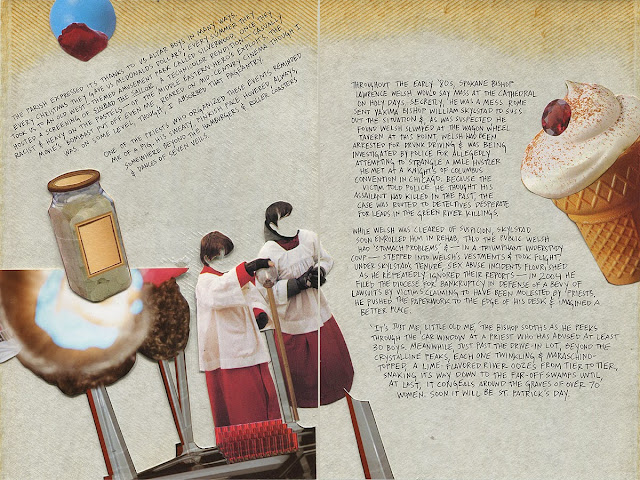 In ‘Confessional,’  I use closet imagery and fragments of muscle mags as I mimic the rhetoric of Augustine by addressing my confessions to Joan Crawford. 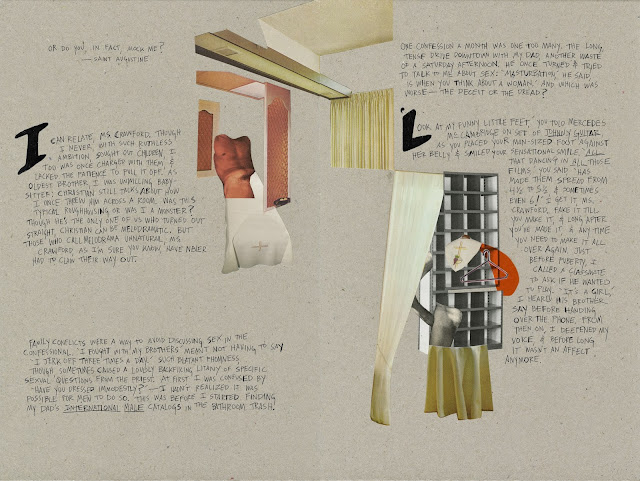 And in ‘Dream Church,’ where hand-drawn illustrations start to invade, I try to spiritually rebuild by reflecting on my good fortune in meeting such a loving, inspiring, and ongoing collaborator. 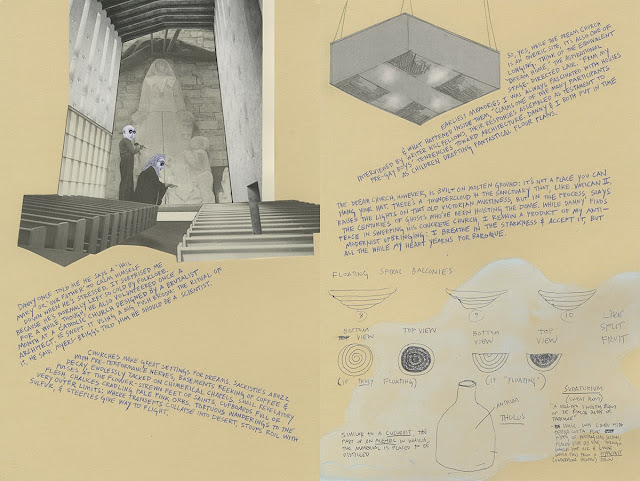 To learn more about Catholics, read about its illustrated saints and images created from typographic ornaments!
Posted by Matt Runkle at 8:04 PM No comments:


Members of the Caxton Club visited the UI Center for the Book last month. I presented to the group, along with fellow Caxton Club grant recipient Candida Pagan, and I talked about the project they helped fund—an artist's book called Catholics. I'm currently binding the edition of 25 and working on designing a letterpress-printed dust jacket. Here's a draft of the jacket's blurb:


Catholics is an artist’s book, a limited-edition memoir that makes use of comics, collage, and letterpress printed typography to explore the psychic cathedral built by its author’s Catholic traditionalist upbringing. Beginning with an anti-clerical quip by Tallulah Bankhead, the book takes on a range of subjects including Catholic-Masonic tensions, the fervency of converts, the legacy of the Legion of Decency, and the spiritual significance of revelatory shrouds. In Catholics, the sacred and profane, the humorous and tragic, the zine and literary fine-press all end up as strange bedfellows in desperate need of confession.

Check back for more pics of Catholics!
Posted by Matt Runkle at 7:42 AM No comments:

Come see my multitalented students display their artist's books from our Creative Writing for Book Arts class! Subtitled 'Writing for Visual & Material Genres', the class has explored comics, zines, typography, text + image, and hybrid genres before culminating in their final project—a book whose form is integral to its content. The event is this Saturday, May 9 from 5–7 pm at Prairie Lights Bookstore. 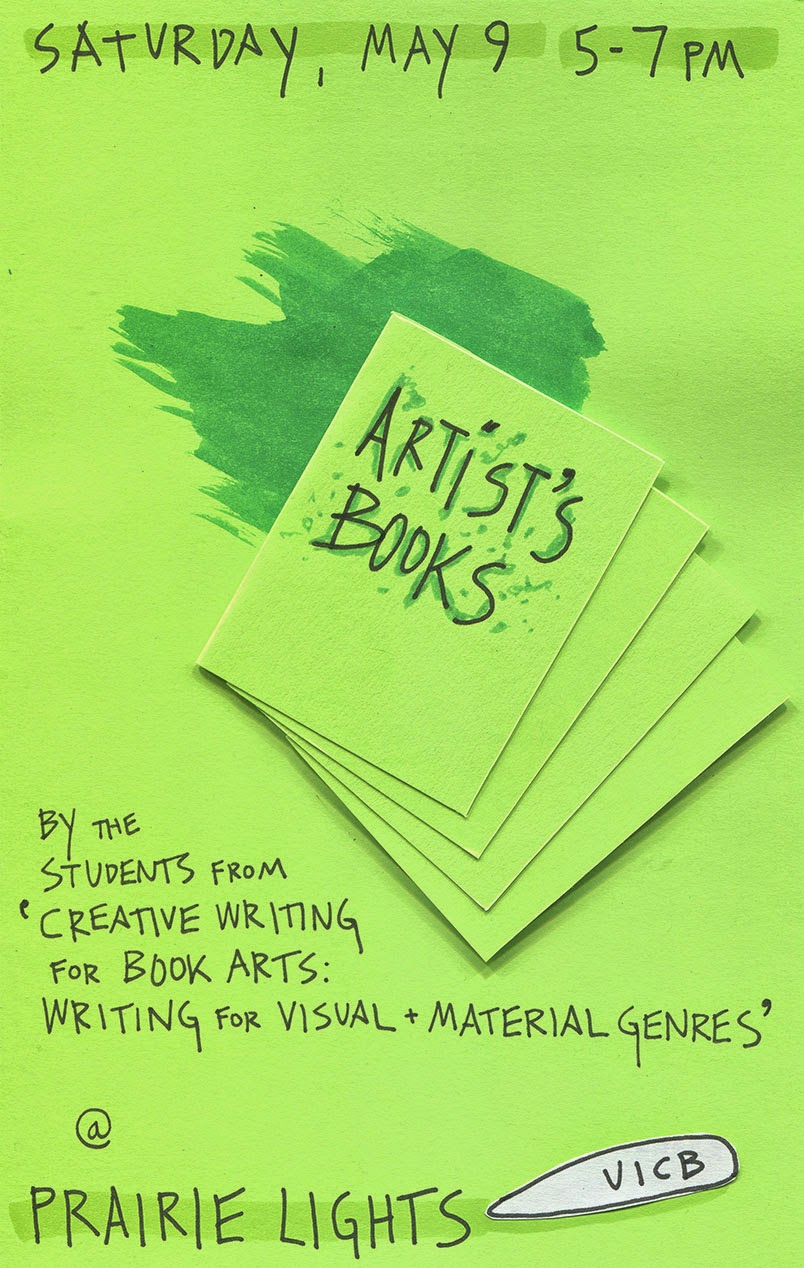 Posted by Matt Runkle at 6:00 AM No comments: 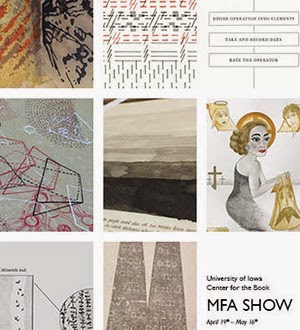 The 2015 graduating MFA's at the UI Center for the Book are currently showing selections from our thesis work at the K.K. Merker Gallery in the basement of North Hall. I'm proud to be a part of it—there's some pretty fantastic work by Maggie Heineman, Alexandra Janezic, Andrea Kohashi, Candida Pagan, Steph Rue, Leslie Smith, and Kalmia Strong. The reception is this Friday, May 8th from 4–6 pm.

Posted by Matt Runkle at 3:05 PM No comments: